A Sermon in Stone

In Hosea we have again brought to view the figure of preparation: "O Ephraim, what shall I do unto thee? O Judah, What shall I do unto thee? for your goodness is as a morning cloud, and as the early dew it goeth away. Therefore have I hewed them by the prophets." The Lord takes us out of the quarry, rough unhewn stones. That is the beginning of our experience. Each individual is to be fitted for his particular place in the temple of God. And when the temple is fitted together, it will be without the sound of ax or hammer. That is done before. It is then that He says, "Come, ye blessed of My Father." But we are not to wait till that time to prepare. The work of preparing these rough, unhewn stones must be done before. I once visited a cemetery in which was a very beautiful statue of a man standing by a chair. It was of heroic size; and the attendant called my attention to the fact that that was all carved out of one stone. The sculptor, when he started, saw an immense stone, but he also saw the man and the chair. As he looks, he loses sight of the rough edges, and sees instead a man of heroic size, standing there perfect. Everything else must be cut away, and he goes to work with his tools. He wants the world to see what he sees, and so he cuts away everything but the man and the chair.

God takes us, rough, unlikely-looking stones; but He sees in us an expression of His character, and He looks upon us, not as rough stones, but as what we may be. Even then He sees in us Jesus Christ. And so He goes to work to cut and to polish. What is He doing? Some would think that He was destroying the whole thing. But He has a place for that stone, and He wants it cut in a particular way. These are the hard experiences of life, when it seems as if Christ would pound us to pieces. But He will not spoil His stone. He knows exactly the place it is to fill in His temple, and He is cutting it so that it will fit. The Lord carries on His work of preparing, that a people may be prepared, each one to fit in his place in the heavenly temple, and each one becomes a living stone, because of his contact with Christ, the living stone. God will develop in each one just that phase of character that will fit the best in the place He wants filled. When He comes, He says, Let the work of preparation cease. "He that is unjust, let him he unjust still; and he which is filthy, let him be filthy still; and he that is righteous, let him be righteous still; and he that is holy, let him be holy still." Rev. 22:11.

Let us turn to another line of thought. "And He gave unto Moses, when He had made an end of communing with him upon Mount Sinai, two tables of testimony, tables of stone, written with the finger of God." Ex. 31:18. In Ex. 34:28 we are told what was written there. You will remember that when Moses came down from the mount the first time, he found that the children of Israel had broken God's commandments already, and were worshipping idols; and that when he saw them, he cast the two tables of stone down and broke them. Then God told him to prepare two more tables. You see in this the rewriting of the law. Man in the first place broke the law. God then wrote it on the tables of stone. After He had written it there to tell them in words what His character was, Jesus Christ came to interpret it in His life. Jesus Christ was the one who spoke the law on Sinai; and when He came, in human flesh, He sat upon another mount, and spoke the law over again. We have it in the sermon on the mount. It was the same law, the same Christ, the same principles, but He was opening it out. He not only opened it out in words, but He Himself was the law, the expression of God's character. He tells us what God is, not only in His word, but by being that among us. He was God manifest in the flesh. "The Word was made flesh, and dwelt among us."

Then Christ is the stone, the stone of Israel. God wrote the law perfectly and completely in the first place on the tables of stone, and gave them to the people. Then He wrote that same law upon the Living Stone and gave it to the people. Thus, you will see, Christ is the living law. That was putting the law in stone the second time. Here, then we have the law in stone twice; on the tables of stone, written with the finger of God, and on the Living Stone, Christ, and presented to the people.

Let us consider for a moment—

The Law Written on the Tables Of Stone.

"Moreover the law entered that the offence might abound." It came to give the knowledge of sin, and to condemn sin. "The sting of death is sin, and the strength of sin is the law." Rom. 5:20; I Cor. 15:56. Sin is not taken into account where there is no law. Sin results in death. "Sin, when it is finished, bringeth forth death." Jas. 1:15. The law on the tables of stone, simply as the ten words of God, condemns to death. "Death passed upon all men, for that all have sinned." Then when we meet the law simply as God's code, it means death to us. But God has put that same law upon living stone, and when we meet it written on the Living Stone, it means life to us; but it is still the same law. We must either meet the law upon the tables of stone, and be condemned and put to death by it, or we must meet it upon the Living Stone, and be made alive by it. But we must meet it. God does not ask us whether we want to or not. What we say makes no difference. But whether we are condemned or made alive by it, it is the law of God just the same. It is our attitude toward it that makes the difference. The law in Jesus Christ is—

The Law of the Spirit Of Life.

He is the Living Stone, the Rock of Ages. "And whosoever shall fall on this stone shall be broken; but on whomsoever it shall fall, it will grind him to powder." Matt. 21:44. One of two things must happen: We must fall on the stone, or the stone must fall on us. If we fall on the stone, we come down on top; we shall be broken, and He will heal us. If we fall the other way, the stone comes down on top, and it grinds us to powder. One of these experiences comes to every one. Shall we fall on the living stone, or shall it fall on us, and grind us to powder? We must meet the law of God out of Christ or in Christ. When we meet God out of Christ, He is a consuming fire; when we meet Him in Christ, He is our glory. We must be hidden in the Rock in order to see the glory of God without perishing. I beseech you to think most earnestly of this lesson. We must be brought face to face with the law of God. When the Spirit of God brings the law before our minds, and brings conviction, it is that we may be forgiven and cleansed.

Won't you fall on the Rock Jesus today? 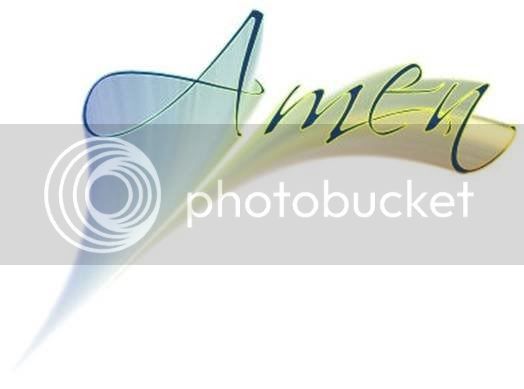