“We have given the hand to Mitzrayim [Egypt, Added by Abdicate], and to Ashur, to have bread enough.” Lamentations 5:6 (The Israel Bible) 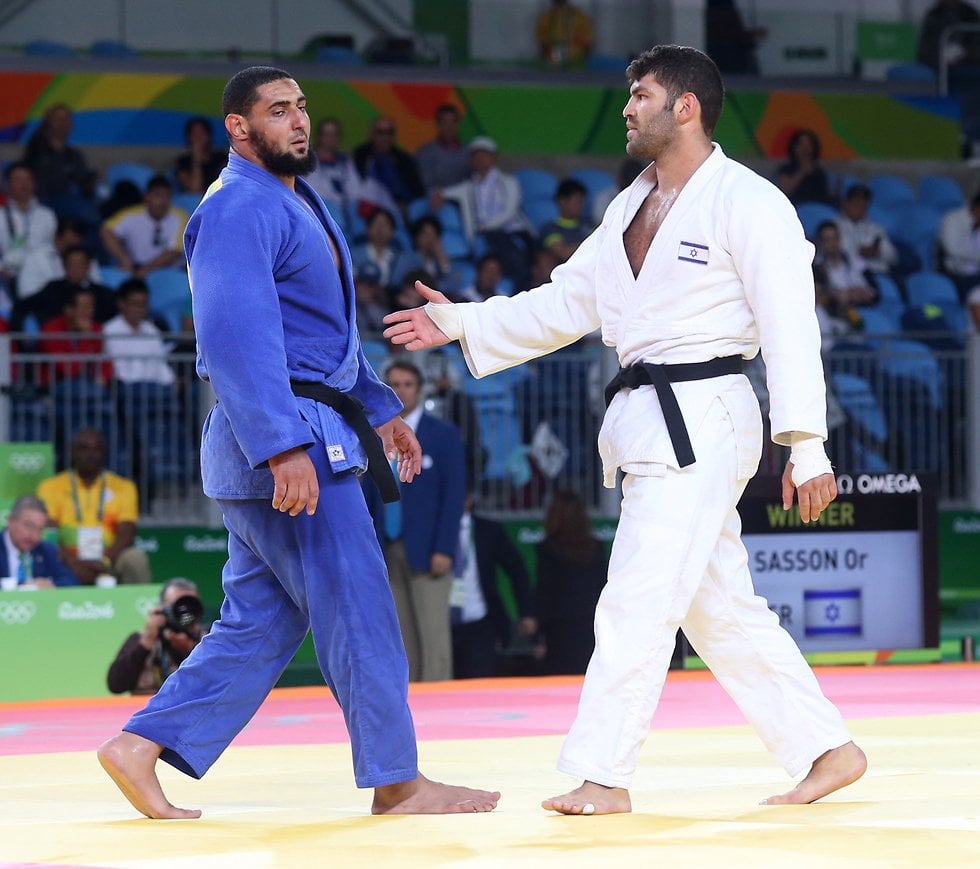 The are two interesting things. One is their names. The Israeli's name is Ori Sasson, meaning My Light of Joy, and the Egyptian's name is Islam El Shehaby and means Submission the [Feared, Danger, or Choice]. Ori Sasson went on to win the bronze medal.

The second is that when the match was happening in Rio, it was already Tish-B'av (9 Av) in Israel and one of the things they do on this day is they read the entire book of Lamentations. What's so special about 9 Av?

The Curse of 9 Av
The spies give an evil report and everyone is forced to wander for 40 years. Numbers 14:33 "And your children shall wander in the wilderness forty years, and bear your whoredoms, until your carcasses be wasted in the wilderness." The Jewish Commentary, the Mishna, records that the people believed the evil report of the spies and mourned all night in fear. They turned against Moses and the two faithful spies, Joshua and Caleb (the only two from Egypt that entered the Promised Land). Ta'anit 29a says it happened on the ninth of Av. Numbers 14:1-10 "And all the congregation lifted up their voice, and cried; and the people wept that night. And all the children of Israel murmured against Moses and against Aaron: and the whole congregation said unto them, Would God that we had died in the land of Egypt! or would God we had died in this wilderness! And wherefore hath the LORD brought us unto this land, to fall by the sword, that our wives and our children should be a prey? were it not better for us to return into Egypt? And they said one to another, Let us make a captain, and let us return into Egypt. Then Moses and Aaron fell on their faces before all the assembly of the congregation of the children of Israel. And Joshua the son of Nun, and Caleb the son of Jephunneh, which were of them that searched the land, rent their clothes: And they spake unto all the company of the children of Israel, saying, The land, which we passed through to search it, is an exceeding good land. If the LORD delight in us, then he will bring us into this land, and give it us; a land which floweth with milk and honey. Only rebel not ye against the LORD, neither fear ye the people of the land; for they are bread for us: their defense is departed from them, and the LORD is with us: fear them not. But all the congregation bade stone them with stones. And the glory of the LORD appeared in the tabernacle of the congregation before all the children of Israel." Numbers 14 just records the curse from the Lord and the revolt against Moses and not the date. This event started their 40-year wandering in the desert.