Making Babies With 3 Genetic Parents Will Be Heard By Fda ...

Reproductive technologies that marry DNA from three individuals will receive a trial in the court of public opinion this week. Such technologies may hold promise for averting certain genetically inherited diseases passed down via mutations to mitochondria, the cell’s battery pack. On Feb.25th there will be an advisory committee convening to hear this case.

Those who support this say the process is designed to prevent the transmission of some debilitating inherited mitochondrial diseases, which can result in vision loss, seizures and other maladies. Such inherited diseases, often unfortunately known by acronyms for complex medical names that include LHON, for Leber's Hereditary Optic Neuropathy, along with MELAS, MERRF and NARP, occur in about one in every 5,000 live births and are incurable.

Critics say that tax dollars will be used to benefit the few rich and well to do to enhance and elongate their life and in designing children according to parent's wishes. Height, color of eyes, sex of child, and who knows what else that they will devise, at taxpayers expense and against God's wishes, with the excuse that it will benefit those with diseases when in fact it is to get the green light to experiment with humans to genetically modify in-vitro babies.

Seems to me that this is something that science wants to replicate God's original design in their image... there are things that science came up to benefit humanity but this genetically modification seems to me this is abomination. 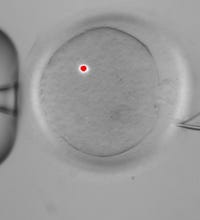 Wow. People are going too far.

Part of the big plan to corrupt the image of God.