Concert ties together revival, modern music
By AMY MATTHEW
THE PUEBLO CHIEFTAIN
www.chieftain.com
On the surface, it's just another rock concert. 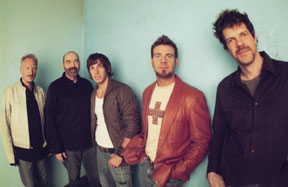 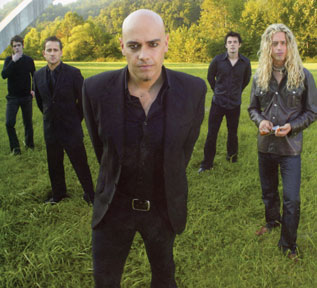 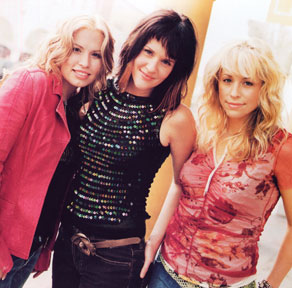 Look closer, though, and what you'll see is a musical revival - Christian bands spreading their faith through modern music.

Winter Jam 2006 comes to the Colorado Springs World Arena at 6 p.m. March 5. It features popular bands NewSong and Newsboys, supported by tobyMac (former singer for the Christian band dc talk), ZOEgirl, Hawk Nelson and Krystal Meyers. Nationally known speaker David Nasser, who converted from Islam to Christianity, will also be there. Tickets cost $10 and are available only at the door.

The tour was started by the members of NewSong and is in its 10th successful year. In an interview posted on the group's Web site, vocalist/guitarist Billy Goodwin said the band is simply doing what it's been guided to do.

â€œOur commitment for 25 years has been â€˜God, weâ€™ll do this as long as your hand is on it, and when youâ€™re done with this, weâ€™ll do something else.â€™ And he has shown no signs of letting up," Goodwin said.

NewSong has sold millions of albums and had a string of hits on the Christian music charts. Its biggest secular hit was "The Christmas Shoes," about a little boy who wants to buy a pair of shoes for his dying mother.

Christian rock bands are nothing new. Petra has been around since the 1970s, Stryper and Newsboys gained popularity in the â€™80s and newer groups like Audio Adrenaline, Switchfoot, P.O.D., Pillar and Thousand Foot Krutch have gained attention in recent years.

Some of the bands are pop-oriented; others would fall under the category of heavy metal. Their positive, religious-themed message is the same, however.

The rock world now comes into many churches, too. Locally, Charlie Jones, pastor of Fellowship of the Rockies, said he's already seen most of the bands that will perform at Winter Jam 2006 and supports what they do.

"We believe music communicates a whole lot into a generation," he said. "We would embrace (the music) as long as it honors God."

Fellowship of the Rockies has a contemporary service that incorporates rock music. Jones acknowledged that some people aren't fans of plugged-in worship music, but do see its benefit. "Music brings a lot of emotion, so generally when people object to Christian rock, it's emotion that brings it. For some of our members, it wouldn't be their choice of music, but they're so excited that we're reaching younger people (with it)."

The Rev. Tom Peacock, pastor of St. Paul United Methodist Church, said it's helpful to remember that the songs that today are considered traditional hymns once were breaking new ground. He pointed out the works of John Wesley, the Anglican minister to whom the roots of the Methodist church are traced, and Wesley's brother, Charles.

"(They) took contemporary songs being sung at the time and put Christian words to it, so people knew the melody and would sing the words. That's what we consider now our traditional music, when in fact it was very contemporary when Wesley did it."

In Peacock's view, any type of religious music that reaches young people and adults is beneficial.