DOESN'T HURT TO HAVE A LITTLE BIBLICAL HUMOR ONCE IN A WHILE....�


Q. What kind of man was Boaz before he married Ruth?�
A. Ruthless.� 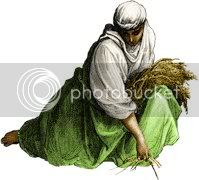 Q. Who was the greatest financier in the Bible?
A. Noah He was floating his stock while everyone else was in liquidation.�

�
Q. Who was the greatest female financier in the Bible?


A. Pharaoh's daughter. She went down to the bank of the Nile and drew out a little prophet.�

�Q. What kind of motor vehicles are in the Bible?


A. Jehovah drove Adam and Eve out of the Garden in a Fury. David' s Triumph was heard throughout the land.


Also, probably a Honda, because the apostles were all in one A cc ord.�


�
Q.. Who was the greatest comedian in the Bible?
A. Samson. He brought the house down.�

Q. What excuse did Adam give to his children as to why he no longer lived in Eden

�
Q. Which servant of God was the most flagrant lawbreaker in the Bible?
A. Moses. He broke all 10 commandments at once.�

Q. Which area of Palestine was especially wealthy?

A. The area around Jordan The banks were always overflowing.�

�
Q. Who is the greatest babysitter mentioned in the Bible?�
A. David. He rocked Goliath to a very deep sleep.�

Q. Which Bible character had no parents?�
A. Joshua, son of Nun.�

�
KEEP SMILING!!!! GOD LOVES YOU BUNCHES AND BUNCHES!!!!�
Friends are God's way of taking care of us.�

I still see all the pics! Does any one else not see them?
D

They don't show Chili on my computer and I just asked Dean to check his.

I don’t see them either.
Did you copy and past direct from your email?

I took the long rout thru photobkt. They should be there now I hope.
D

That's better , Chili but not all of them are showing but it is better than before... Thanks

Dusty said:
That's better , Chili but not all of them are showing but it is better than before... Thanks
Click to expand...

not every joke has a pic sis

Staff member
Senior Moderator
Staff Trainer
Two of my favorite examples of scriptural humor are contained in these verses listed below. Click on the hi-lited text to read them:

Daniel 5:1-31 (KJV) where drunken King Belshazzar sees the detached hand writing text on the wall and gets so frightened that he soils himself. Refer especially to Daniel 5:5-6 for a godly laugh...

5"In the same hour came forth fingers of a man's hand, and wrote over against the candlestick upon the plaister of the wall of the king's palace: and the king saw the part of the hand that wrote. 6Then the king's countenance was changed, and his thoughts troubled him, so that the joints of his loins were loosed, and his knees smote one against another."

Matthew 28:1-6 (NLT) where we read, "1 Early on Resurrection morning, as the new day was dawning, Mary Magdalene and the other Mary went out to visit the tomb. 2 Suddenly there was a great earthquake! For an angel of the Lord came down from heaven, rolled aside the stone, and sat on it. 3 His face shone like lightning, and his clothing was as white as snow. 4 The guards shook with fear when they saw him, and they fell into a dead faint. 5 Then the angel spoke to the women. “Don’t be afraid!” he said. “I know you are looking for Jesus, who was crucified. 6 He isn’t here! He is risen from the dead, just as he said would happen. Come, see where his body was lying."

Here we see big, burly guards fainting away at the sight of an Angel of God where women who were too weak physically to roll the large stone away from the tomb entrance, are standing there, unaffraid, and able to observe and listen to the Angel's important message. I love it !!!
L

Is this funny to God? Who is wise? Who fears the Lord?

least in the kingdom said:
Is this funny to God? Who is wise? Who fears the Lord?
Click to expand...

22 A merry heart does good, like medicine,
But a broken spirit dries the bones.

It is right to have a reverential fear of the Lord but it seems to me you don't fear the Lord, you are afraid of Him! Maybe you should chill out a little bit...
L

Reminder that this section is a JOKE section . Please take everything here lightheartedly . And lighten up . Thanks

Mike ... No one is doing that . Like I said this is a Joke section not a Bible Section .
L

This is blasphemy. Light and Dark are alike to God. So will He make an exception for your Joke section when it involes making fun of God's Word? Will you keep God out of it? Will God look the other way? Will He make an exception for your jokes at His expense? If professing followers of Christ don't take God's Word seriously, what will His enemies make of Him? We are His witnesses. Repent

You don't think God has a sense of humor? When he told Abraham that he was going to be a father at 99, he fell on his face laughing...Sarah laughed too.

adonaicole said:
You don't think God has a sense of humor? When he told Abraham that he was going to be a father at 99, he fell on his face laughing...Sarah laughed too.
Click to expand...

And they named their son Laughter.

least in the kingdom said:
Repent
Click to expand...

least in the kingdom said:
This is blasphemy.
Click to expand...

Give me one example of blasphemy in this thread. I have a feeling you won't find one! And if I were you I would check again and make sure you're serving the right God! You know, Jesus... If you are you might ask Him to give you a sense of humor...

As a sister in Christ I would suggest that you find out what is it that gives you this dark attitude towards Jesus and His Word.

As a moderator I am respectfully reminding you as Dusty who is also a moderator did, and warning you to keep to the subject of the thread and lighten up!