Hey gmapat, I found the show schedule on Dr. Quinn | Christian Music - gmc I LOVE Dr Quinn, I even made a poster for it 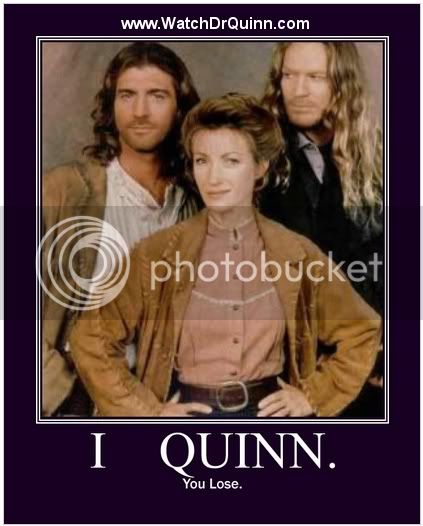 haha, thats pretty awesome Sarah. Is anyone else watching Dr Quinn on GMC? Its the only TV my family is watching right now. We watch every night!

Touched By An Angel.

I don't watch them as much as I used to, but I pretty much own season 2-8 for Little House on the Prairie

And Dr. Quinn, I used to watch that growing up. Is it still producing new episodes?

I seem to miss any family-orientated programming on my television - then again, I've ceased to watch as much TV as before. The only thing I tune into is Criminal Minds and sometimes, the occasional rerun of NCIS before it was destroyed and cheesified. I used to catch The Mentalist every night at 10 P.M. PST, too, and that was the only show I was expectant of. I was really irritated when they got new writers and made it way too soft and corny. Ugh! Why do they always do that to good shows?!