“Holy, holy, holy is the Lord Almighty;
the whole earth is full of his glory.”
At the sound of their voices the doorposts and thresholds shook and the temple was filled with smoke.

“Woe to me!” I cried. “I am ruined! For I am a man of unclean lips, and I live among a people of unclean lips, and my eyes have seen the King, the Lord Almighty.”​
Isaiah was brought into the presence of Almighty God. He saw him in all his awesomeness, power, majesty, glory, righteousness, holiness, supremacy and sovereignty. And, he revered, honored, and respected him for the holy and powerful God that he is. As well, he was humbled by being in the presence of such a holy God, realizing that he was a sinful man who lived among a sinful people. Not only did he recognize and acknowledge (confess) his own sinfulness, and that of his people, but he had the fear of God instilled in him to where he recognized that, in his sinful state, he was doomed, as we all are without Christ.

I believe the people of America, for the most part, have lost, or perhaps have never even known that fear (awe, reverence and respect) of God, honoring him for the holy God that he is, and seeing themselves as unworthy to even be in his presence, apart from his saving grace. God is oftentimes mischaracterized, and Jesus is often too humanized to where they are (he is) brought down to our level, as though God is altogether like us, or as though God is like a doting grandfather in the sky just there to grant our every wish. The love of God is taught, which is good, because he is a loving God, and he is a gracious, merciful and a forgiving God, but he is also a God of justice, righteousness, and holiness, as well as he is a jealous, wrathful and vengeful God who will judge the people of this earth one day.

Because we have lost the awe, respect and reverence for Almighty God here in this country, as is described for us in this passage, many people have become too casual about God and his word, teaching that all we have to do is just pray a prayer and that we have our ticket into heaven, but not teaching his righteous requirements of true believing faith (See Ac. 26:16-18; Ro. 6-8; 2 Co. 5:15; Gal. 2:20; Eph. 4:17-25; Tit. 2:11-14 & 1 Jn. 1-5). They will often teach that these Biblical requirements for believing faith are legalism and works-based salvation, and ignore the reality that the scriptures teach that coming to faith in Jesus Christ means death to sin, spiritual transformation, and new lives in Christ lived out in the power and working of the Spirit, free now to walk in Christ’s righteousness and holiness.

Or many go so far as to not even require a personal faith in Jesus Christ but assume that all the people of the earth are God’s children. Or else they think that because Jesus died for the sins of the entire world, that it means all people are saved. There are so many twists and manipulations of scripture in what is being taught in the church, and so many deceptive spirits among so many who call themselves teachers of the word, or ministers of the gospel, or pastors or leaders within the church, so that much of what is being called “truth” is really a lie, and so much of what is called “the gospel” is really man-made, worldly and of Satan.


Then one of the seraphim flew to me with a live coal in his hand, which he had taken with tongs from the altar. With it he touched my mouth and said, “See, this has touched your lips; your guilt is taken away and your sin atoned for.”​
Notice with me here the sequence of these events. First off God presented himself, Jesus Christ the Lord (Ref: Jn. 12:41), to Isaiah in all his holiness and glory. Christ was high and exalted, seated on a throne. Then, Isaiah feared God, humbled himself in his presence, and then confessed his sinfulness and his unworthiness to even be in the presence of God. Then, God sent a divine messenger to him to atone for his sin and to take away his guilt.

This is a prefiguring of our salvation. Jesus Christ died on the cross to atone (pay) for our sin. He was buried, but he was resurrected from the dead. In his death and resurrection he put our sin to death, as well as he conquered sin so we would be set free from the penalty of sin (eternal damnation), and so we would be set free from the control of sin over our lives. Shortly after he was resurrected, he ascended to heaven where he is seated at the right hand of God, and where God has exalted him to the highest place; “far above all rule and authority, power and dominion, and every name that is invoked, not only in the present age but also in the one to come” (See Ph. 2:8-10; Eph. 1:20-21).

After Jesus Christ ascended to heaven, he sent his Holy Spirit to earth to indwell, fill and empower his followers, and to send them forth with the gospel of salvation. When we hear the gospel message, and we humble ourselves before God, repenting of (turning from) our sin, we die with Christ to our old lives of living for sin and self, we are spiritually reborn of God into new creatures in Christ Jesus, and we are now free to walk in his holiness and righteousness in the power and working of the Spirit within us. What Jesus Christ accomplished for us in his death on the cross and in his resurrection is now applied to our lives. Christ’s righteousness is now credited to our accounts so that we are set free – free of the control (power) of sin, and free to live holy lives pleasing to God.


Then I heard the voice of the Lord saying, “Whom shall I send? And who will go for us?”

And I said, “Here am I. Send me!”​
It was only after Isaiah had been presented with the awe, glory and righteousness of his holy God, had humbled himself before him, acknowledged his sin, and had received his salvation from the guilt and penalty of sin, applied to his life, that he heard the voice of the Lord calling him. And, it was then that he accepted the call to go – for God to send him wherever he would send him. We cannot serve God in our own strength. We cannot serve God if we are still living sinful lifestyles. He cannot fill us with his Spirit to do his work if we are still holding on to sinful attitudes and behaviors. We must come humbly before God. We must repent of our sins. And, we must experience the cleansing power of God and the empowering of the Holy Spirit if we are to be effective witnesses for his kingdom work.


He said, “Go and tell this people:

“‘Be ever hearing, but never understanding;
be ever seeing, but never perceiving.’
Make the heart of this people calloused;
make their ears dull
and close their eyes.
Otherwise they might see with their eyes,
hear with their ears,
understand with their hearts,
and turn and be healed.”​
Wouldn’t you welcome a call like that? - Maybe not. A call like this does not fit with today’s church here in America. It is too judgmental; too in-your-face; too confrontational; too uncomfortable; not seeker-friendly; and doesn’t mix with (immerse itself in) the culture of the day. Yet, that is exactly the message that is sometimes needed, and someone needs to carry that message to the people. The message is unpopular, and thus it will most likely be met with resistance, both to the message and to the messenger. The messenger will probably face much rejection, hatred, disdain, mockery, ridicule, misjudgments and abandonment for being the carrier of the message, too. And, yet, I can’t find a more fitting message to describe the condition of much of the church in America today. We have been given so much, and many have heard the truth over and over again, and yet so many close their ears to what is right because they don’t like the message.

“Until the cities lie ruined
and without inhabitant,
until the houses are left deserted
and the fields ruined and ravaged,
until the Lord has sent everyone far away
and the land is utterly forsaken.
And though a tenth remains in the land,
it will again be laid waste.
But as the terebinth and oak
leave stumps when they are cut down,
so the holy seed will be the stump in the land.”

I believe very much so that God is giving a similar message to the church here in America, and perhaps in other nations, as well. He is calling the church to repent of her sins of idolatry and spiritual adultery, to forsake her “other gods/idols” and to follow him in obedience and surrender to his will for their lives. He is chastising her for her stubbornness, rebellion and her refusal to listen to what is true, and for her acceptance of a diluted gospel message that is intended to tickle the itching ears of those who listen. And, I believe, too, that he will judge America if she does not repent of her sin, and maybe it is already too late.

Those who continue to hold to the truths of scripture, and to the teachings of Christ and the apostles, are among the outcasts, and in many countries throughout the world they are severely being persecuted for their faith, and many are being put to death because they will not compromise with the world, and because they will not bow to the “beast” (N.W.O.). This is coming to America, too, and to some degree it is already here. Yet, we should be encouraged! We have nothing to fear because our Lord is with us. He will carry us, sustain us, strengthen us, and help us. He will lead, guide and direct us in the right way, no matter what we must suffer for the sake of his name, and the sake of the true gospel of our salvation. We just need to continue to follow what is true, even if it costs us our lives.

What the Lord Says / An Original Work

This is what the Lord says to you:
Fear not, for I have chosen you.
I have summoned you by your name.
You are mine. I died, you to save.

When you go through your trials, so deep,
I will be with you; you will not sink.
You are so precious always to me.
Trust in your Lord, Savior and King.

This is what the Lord says to you:
He who gave salvation to you;
Who delivered you from your sin;
Takes your burdens now upon Him:

Forget the former things of your life.
Give of your heart not now up to strife.
See all the new things I have for you.
Walk in vict’ry. Trust in what’s true.

This is what the Lord says to you:
He who made you; who will help you:
Do not fear what humans may do.
Walk in freedom. Follow what’s true.

Drink of my Spirit given for you.
Trust in my mercy, for I love you.
I have a plan for all of your life.
Follow my ways. Do what is right. 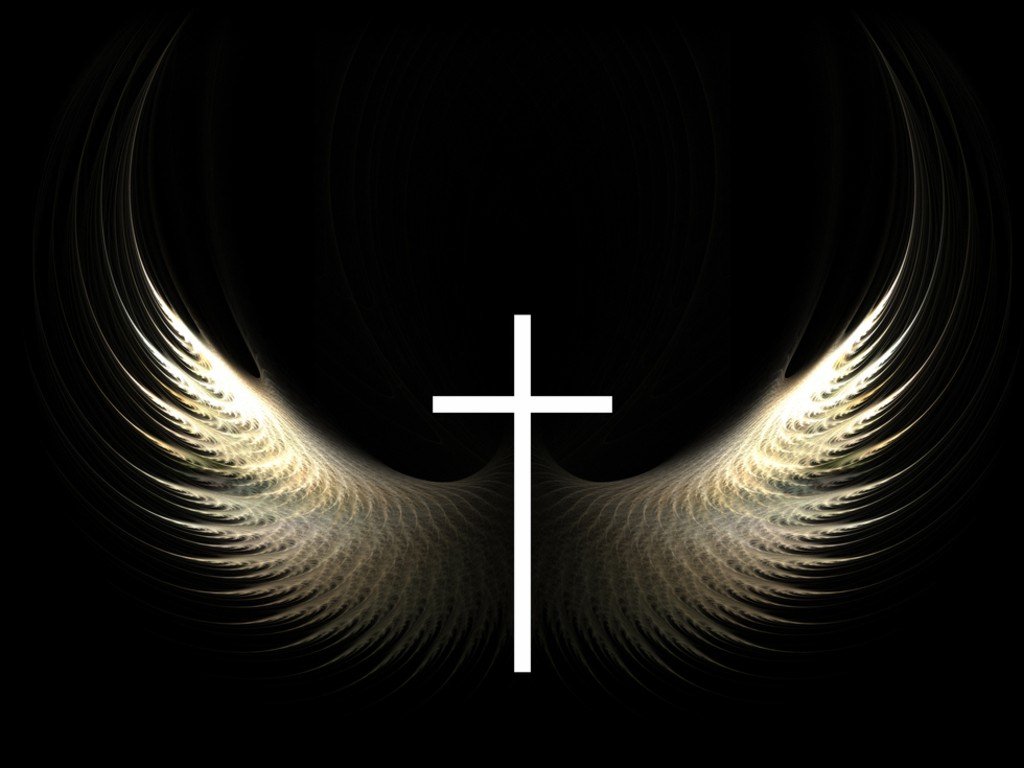 Thank you for sharing that with us.

Thank you for sharing that with us.