I truly loved your testimomy!
And you and I have something in common.
I have 5 sons and 3 daughters~​

Hello Violet, and Praise God!
Not too many of us about with big families here in the UK,
I am a bit of a novelty!
My children range in age from 27 (He gets married in Sept) down to six years old!
I had five boys before becoming a Christian, and the first thing I asked when I knew God could do anything was for a daughter, depsite the fact my husband had had a vasectomy, it took 7 yrs of standing on the Word and believing what He had said, but in 1996 our little princess Charis joined her brothers.
Her name means 'the sort of Grace that causes rejoicing ' and she sure lived up to that.
The Lord had said He was going to give us a double portion, and I believed that meant two daughters so was quite suprised when son no.6 came to join us, the Lord said you wouldnt have believed me to have given you abother son after five others, so he is your suprise!
Three years later he was joined by the second half of the double portion Keziah!
She is the sweetest thing, I never imagined I would end up with many children, but wouldnt change it for anything!

How awesome!!!
I wanted a big family all my life!
I am so happy to meet you!

Welcome to CFS, Jax. I am the youngest of 10, and my dad had 13 brothers and sisters! 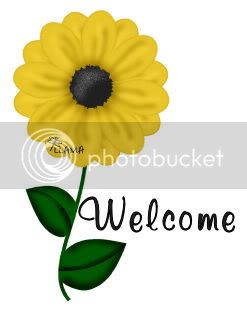 Hey Jax..... I know you..... but you have to guess who I am and it won't be difficult when you see where I'm from. God bless you and thankyou for telling me about this forum. Have a good vacation and a rejuvination at camp.

Glad to have you here!!
I'm sure your big family experience could be helpful on my side of the computer. We have 3 boys and just had twin girls!!

Hi Jax! I may be late, but welcome. It is understanding if you are not here with us 24/7, you have a lot of people counting on you to be there for their needs. God bless you and your family.