The two little boys were sick at the same time and their mother and father were distressed and scared. Both of them were hospitalized with the high fevers and distressed digestive tracts common to the disease. The older boy was five and his little brother was two. The health department had searched and taken samples, tested and carefully looked around but no source of the infection was ever found. The typhoid fever that afflicted them was never sourced and it's origin remained a mystery. It was the late 1940's and most bad water had been identified. The war had brought on great changes in medicine due to the number of wounded veterans coming back home. Typhoid was a deadly killer and had taken millions of lives all over the world. No telling where the disease had come from.

The sickness wasn't immediately identified which allowed it to get a good foothold on their small systems. The only real treatment at that time was the miracle drug penicillin. It was relatively new at that time and was just coming into general use. The two lads were pumped full of the stuff and it saved their lives. They were both allergic to the drug after that and could never take it again without breaking out in hives. The father and mother's hours of bedside vigils were finally over and their prayers and those of the minister who came to pray, had been answered with a yes. Answered just in time by the saving hand of God who is rarely early but never ever late.

The older boy was named Frank and the younger Jimmy, my little brother. God saved us from death just in the nick of time and that wouldn't be the last occasion. I still thank Him for it. Jimmy is older and a little the worse for wear like his elder brother, but by God's grace we're still here.

So many times through this swift life God has delivered me and my family just in time. Since that's His way I know that every Christian could tell many stories of last minute deliverances.

Waiting is part of being a Christian. Lots of waiting. All the things that others take for granted we've had to wait for. A home, children, provision and all kinds of deliverances. We've been crippled like Jacob. We will never take another step without considering the Lord Jesus, God Almighty. Once He's touched you you can never ever look to anyone else for your needs. He does much of His work through other men but if you have basic Christian discernment you really know that it is the hand of God moving through the hands of men.

Living by faith is all I know. I'm nothing at at all but I trust Him who is everything to me. Whether we live or die we belong to Him. Those that don't know Him included. We mark time when we are waiting for God. We notice the passage of time. But the amount of waiting doesn't matter. We are waiting for Jesus and just knowing He will come makes all the waiting seem as nothing.

Psalm 62:5 KJVS
My soul, wait thou only upon God; for my expectation is from him.

Proverbs 8:34 KJVS
Blessed is the man that heareth me, watching daily at my gates, waiting at the posts of my doors.

Psalm 37:39 KJVS
But the salvation of the righteous is of the Lord : he is their strength in the time of trouble.

You are likely waiting on something from God if you are a Christian.

Habakkuk 2:3 NASB
"For the vision is yet for the appointed time; It hastens toward the goal and it will not fail. Though it tarries, wait for it; For it will certainly come, it will not delay.

It will come whatever it is and it will be just in time. 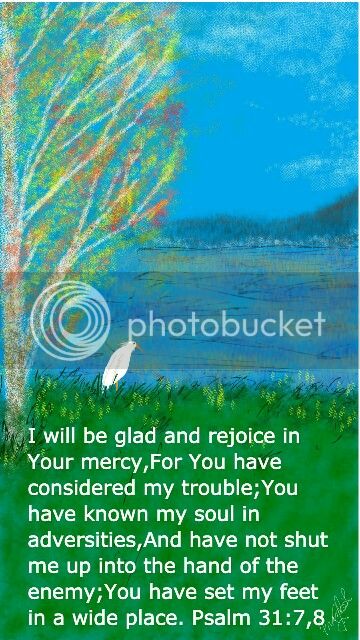 Staff member
Senior Moderator
Secretary
That's beautiful. Thank you for sharing it with us.
F