Nasa believes the have found ice on mars

Okay this just in- this is proof there is ice on Mars- scroll down to see the pic! 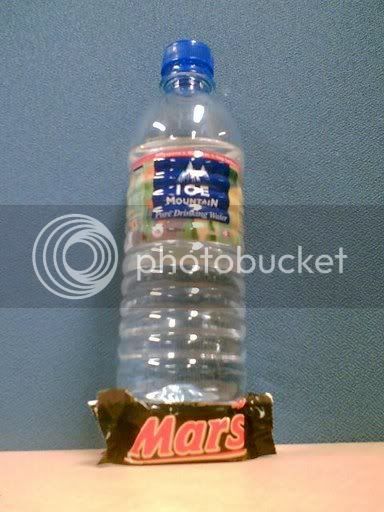 I always knew those candy bars were from the planet Mars.
Now I have proof of that as well.

Ole:
So… whada ya tink Sven? Ya tink dem der Martians are yust exporting dem candy bars til dey have enough money to build an army so dey can take over dis here planet?

Wanda Sykes is standing there at a cocktail party.

NASA has people working for them that are just too smart for their own good, she says. Here, just look up! We'll pay you just to look up!

A scientist comes up to her and says: Did you know that there was once water on Mars?

She shakes her empty glass and says: Did you know there was once vodka in this glass?