Hey - this is kind of funny.

Before I was lead back to Christ, I would watch Simpsons on TV. When I'd see Ned Flanders, I'd just about go haywire! I'd want to change the chanel, I didn't like him that much.

Recently, I discovered that one of my favorite characters on the Simpsons was...dum-dum! Ned Flanders!

In fact...I was starting to act like him! Of course, Ned is only fiction. He's actually named after a street in Portland that runs through the Pearl (gay) District.

I'm prou-diddly-oud to be like Ned Flanders! Hee hee.

He got fed up with Homer, finally, in one episode - Reverend Lovejoy called for prayer and it was all quiet in the church. Homer was breathing through his nose loudly, and Ned just snapped.

"Would you breathe through your *darned* mouth!?"

Had me rolling with laughter.

This is hard to admit.....I watched Ramblin' Rod every morning before school. (hanging head in shame)

Who's Ramblin Rod? Is he anything like JP Patches?

I remember JP Patches, he was the best for local children's hosts. Much better than ramblin rod or those other clowns...l True story: One morning - very early - mom woke us up and told us to get ready. She packed a van-load of kids and we all drove to Portland where we were on the Ramlin' Rod show!

It was my birthday, so I got some kind of toy - round plastic piece on some metal wire.

...and then I won the smiling contest!!!

I got to pick a soda out of his boat from the One Stop Pop Shoppe.

He was kind of grouchy when the commercials were on, but got nice when the cameras came up again.

Bumpity! Anybody remember Bumpity? Sunday mornings at 10? Or was it 9? Had to be 10...I was watching Bumpity when St. Helens blew. 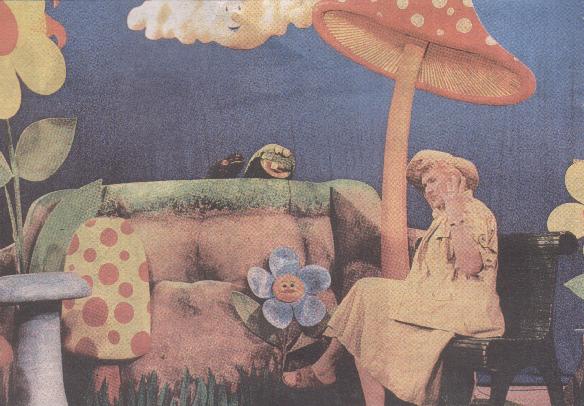 Yeeesh, didn't take much to entertain us, huh? Hee hee...