Introduction:
Hi everyone,
It is a pleasure to be able to join this site, and I look forward to meeting others here. As far as introducing myself goes, I have written some random facts about my life and my beliefs to let others know a little about me.
Some of my interests:
My relationship with God, Biblical studies, apologetics, world religions, philosophy, psychology & various forms of art....
Studying the design of Biblical families, husband and wife relationships, intimacy, parenting and children....
I enjoy learning, teaching, counseling, working with kids (CPS, DES, orphaned and refugee children), working with different churches and ministries....
And,
I do not believe in “Sin Management”....
I believe in coming to know the Truth, and by knowing that Truth, being set free. This perhaps more than anything else is my greatest passion in life, for myself and for others.
I also love to read, and I am a sucker for ice cream!

Like many people, I was not raised in a Christian family. My father was an abusive alcoholic, and my mother was his 6th wife.
When I was 5 years old, my mother says that I began to ask her a lot of questions about God, good and evil and the church. She says that she was convicted back then by the questions I’d ask, so eventually she began to drop me off at a local Baptist church on Sundays, returning to pick me up after Sunday school had ended. She says that I took to religion like a duck to water. As I got older, my sinful nature took to a lot of things as well.
In my mind, “God” became something that was in the background. Something that was a good explanation of good and evil, and the rest of the world, and that is all. I accepted the idea of God as I went about my life. The truth though, was that I neither new God, nor understood His role in my life.
When I was 15, my father went to prison. Shortly after turning 16, I was expelled from high school, and my mother threw me out of our home because she could no longer handle taking care of me and my younger brother and sister while loosing everything she had ever worked for without the support of our dad. She could no longer control me, so she sent me to live alone on our family’s ranch outside of Winslow Arizona. The ranch was 93, 000 acres in the middle of nowhere, and there was no way to get off of it without the use of a vehicle. There were no other people there; no television or radio, and the only thing that moved were the tumbleweeds that were continually blown along by a wind that never stopped blowing. I was dropped off with my dog, some food, several guns and several thousand rounds of ammunition. An ex employee of my dad’s would bring me food every 3 weeks, but he would never let me return with him, and I was left on the ranch for over a year by myself. One day my mother went to see the movie Dances With Wolves. She said that the movie reminded her so much of me, that she left the theater in the middle of the movie in tears, and came up to bring me home. After returning I went back to school, but this time to a community college.
As I got older, and the difficulties of life became increasingly harder to maneuver morally, I returned to the church in hopes that that would make things better. From the age of 18 to 27, I attended church regularly while trying not to fall asleep, attended Bible studies, read my Bible from cover to cover each year like I was asked to, and never truly felt a thing for Jesus Christ the entire time.
Until the age of 28, my life’s good (main interests) had become the pursuit of money, fishing trips, hunting trips, and traveling around the world - not God (even though I called myself a Christian).
A trip that I took in 2003 would prove to be God's calling card in my life, and it was through that experience that the Lord would bring me to a deeper understanding of who He was, and of my complete dependency upon Him. Like the apostle Paul, I would be brought literally to my knees.
In 2006, I gave up the pursuit of money, the trips and my former way of life to pursue an eternal life instead. I lost all of my friends, my family, and even the church I had attended for more than 10 years.
Through my attempts to find a new place to worship, I became involved with different churches and ministries that began to ask me to write for them on the meaning and application of specific passages of scripture – something I had never done before.
I have since worked with church counselors, pastors and missionaries, and I have been asked to speak at men's studies, women's studies, and Bible studies.
I have taught parenting classes and classes on domestic violence and I regularly assist the management of several group homes for CPS, orphaned and refugee children where I help identify difficult problems with their kids, and help them to find solutions.
Today, my Christian faith has become the focus of my life.
I would like to add to my testimony here that although I have had many of the above opportunities, I have turned many of them down in regards to the church because I have not felt ready or been quite sure of what my calling is. That is definitely one of the reasons I have joined different Christian forums. So that I can learn, grow and receive feedback from others as to where I am at in my walk with Christ.
Thank you for the opportunity to be here, and God bless.

That's an awesome testimony and I believe you'll be a great asset to the forum!

Looking forward to fellowship with you! 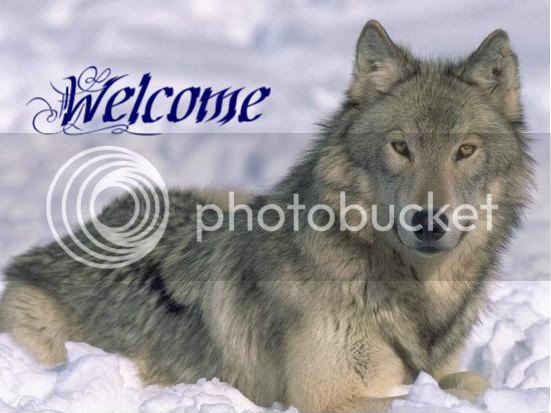 Seeking Manna thank you for your wonderful Testimony..... I am so glad God lead you to this forum ....love Jane

Before you begin, please take a moment and view the links below:


Survival tips for new members on the Christian Forum Site​

Welcome to the forum, glad to see you made it here.

Welcome to CFS, glad you are here....I am confident you will be blessed as well as be a blessing! Praise the Lord!

Glad you decided to join us seeking manna. Hope you enjoy your stay here! Great testimony you got there..

Bienvenue, welcome to you. "Behold, how good and how pleasant it is For brethren to dwell together in unity!" Psalm 133:1
G

Welcome to the forum!

What is "sin management"? I've never heard that term before.

Staff member
Senior Moderator
Hey! Welcome.
As Ginger asked, what is "sin management"? I also haven't heard of that term before!
Well, my name's Katie.
This is a great website. <3 <3 <3
Have a blessed day!!!!!